The Truth about Dieting and Eating Disorders: Start the New Year Without a Resolution to Diet

Years ago, December was a time for Ed and I to think about New Year’s resolutions. I was in an abusive marriage with him for over twenty years, and he eventually controlled almost every aspect of my life. On the top of the list of things to accomplish during each new year, Ed sought to control my food and weight. You see, Ed is my eating disorder.

Millions of Americans, including those who don’t know Ed, make the same New Year’s resolutions that revolve around food and weight. Some vow to lose that last five or ten pounds while others promise to stick to the newest fad diet. Yet we have all heard time and time again that diets don’t work. In fact, 95 to 98 percent of diets fail, and most who diet end up gaining even more weight back with each successive attempt. 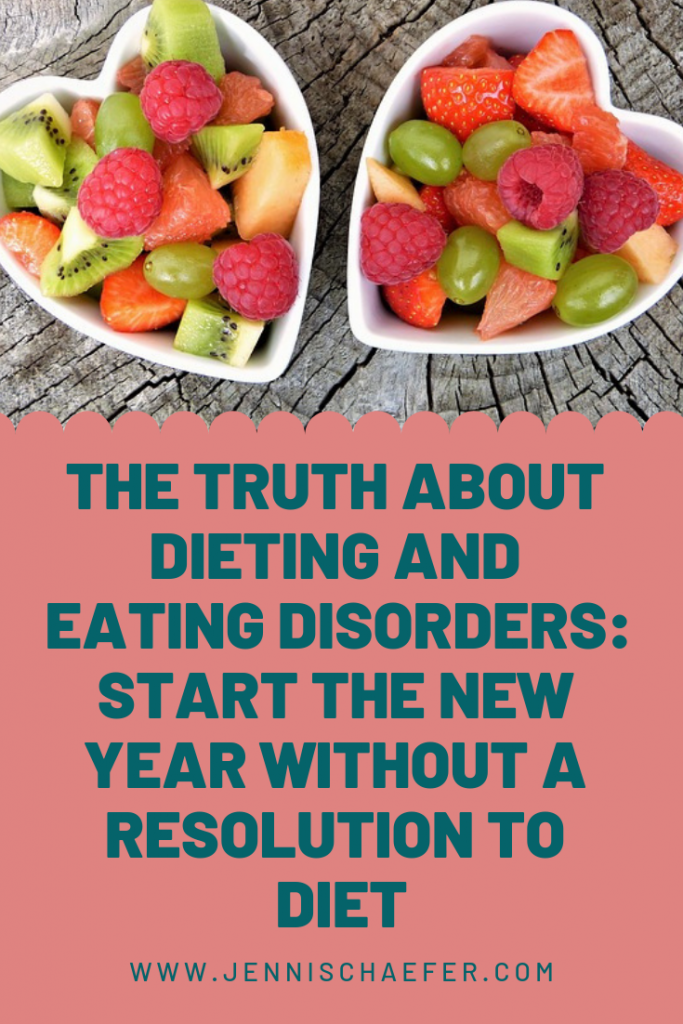