What is the Relationship Between Sexual Abuse and Eating Disorders?

A Conversation with Dr. Tian Dayton and Jenni Schaefer

Current events have brought sexual abuse onto center stage, so I wanted to drill down on the relationship between sexual abuse and eating disorders. Jenni Schaefer and I, both senior fellows at The Meadows, saw each other at Meet the Masters in New York City last week, and we thought that a conversation between us might be a friendly, accessible and helpful way to do this. I asked Jenni some questions, and here are the highlights of that exchange.

Tian: Jenni, in my own work, I have regularly found that clients who struggle with emotional eating have often experienced some form of sexual abuse. Do you see this?

Jenni: While not everyone with an eating disorder has experienced sexual abuse, for those who have, eating-disordered behaviors can act as a way to cope in the aftermath.

Bingeing, purging, and restricting can all numb feelings of guilt, shame, and depression. In essence, an eating disorder can be an anesthetic to soothe the pain of sexual abuse. I know this from personal experience, as I was raped in my late twenties. Already stuck in an eating disorder at the time, I began to binge and purge more frequently and in more violent ways—to cope with the emerging symptoms of posttraumatic stress disorder, PTSD. Bingeing and purging helped me to lessen those high-alert—or stuck-on—feelings of PTSD.

I have also learned that some engage in eating-disordered behaviors as a way to unconsciously punish the body that seemingly didn’t protect them during the abuse. In this way, an eating disorder can be anger turned inward. 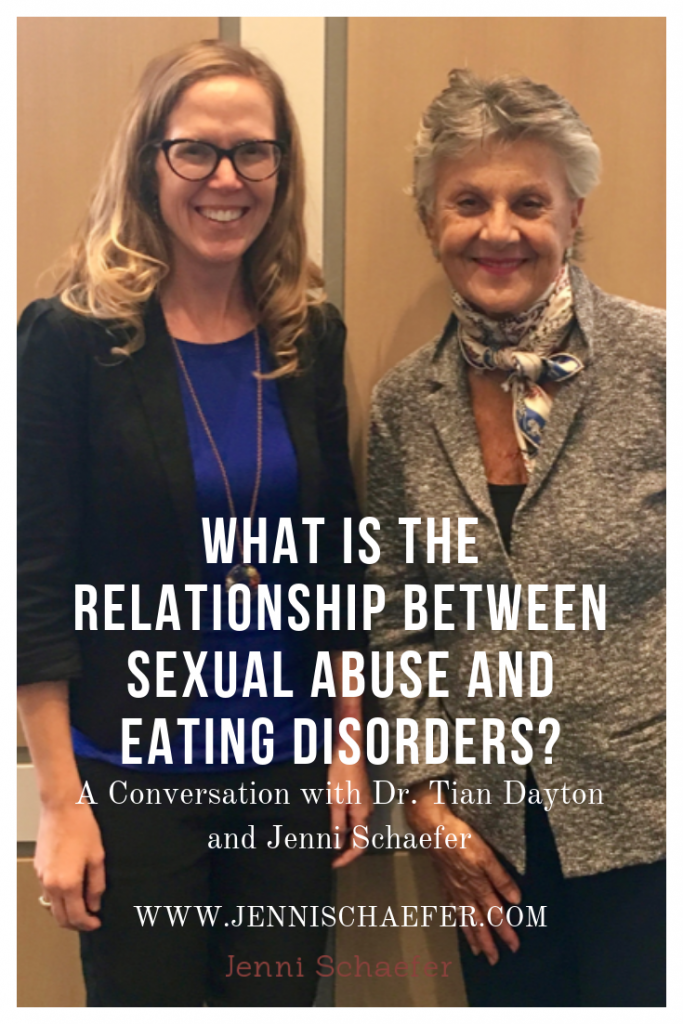