I am thrilled and honored to announce that I have a research assistant for my upcoming book about PTSD! Enter brilliant Heather Hower to save the day—and the book—with her expertise in both eating disorders and trauma. Not only is Heather well versed in research and clinical wisdom, but she also knows what it is like to suffer. Today, Heather is open about her recoveries from both an eating disorder as well as PTSD. Heather, I so admire you, and I thank you for writing this important contribution to our field.

It is widely recognized that there is stigma towards mental health (vs. physical health). The perception is that many people with psychological disorders somehow “choose” to have them, that is their “fault” for being “weak,” that they could just “pull themselves up by the bootstraps” and “snap out of it” if they wanted to, and that they deserve less empathy overall.

There is a particular stigma against eating disorders, compared to other disorders such as schizophrenia and bipolar disorder (viewed as more serious, and biologically based). Eating disorders are considered a “lifestyle choice,” for “vain” people, who could decide to “just eat.”

Extensive research has shown, however, that psychological disorders (including eating disorders) are based on genetic and environmental influences (as with physical disorders), and should be considered as severe.

There is a similar stigma towards recovered eating disorder professionals. Some are viewed as “less qualified” compared to others who do not have a personal experience of eating disorders. There is an ongoing question of whether the professional is truly recovered, or will relapse. Overall, the potential for emotional triggering while working with clients is higher for them. Nevertheless, it is important for recovered eating disorders professionals to speak out about their symptoms, recovery, and maintenance. In this way, they can make the connection between research, clinical practice, and the real thoughts, feelings, and behaviors that they have experienced.

Individuals such as Jenni Schaefer, Jennifer Rollin, Carolyn Costin, and Cheryl Kerrigan have had the courage to disclose their personal eating disorder histories, and in the process have helped so many people with their books, educational series, advocacy, therapy practices, and media outreach.

In contrast to eating disorders, there is an acceptance of recovered substance abuse professionals. Given their usually extensive experience with abusing (sometimes multiple) substances, there is a level of understanding, and credibility, that they bring to the role that others widely respect. In fact, in many cases, if a professional in this area does not have personal experience, they can be “easily duped” by savvy users, who may be able to convince them that they aren’t using.

We have also seen in other disorders that disclosures by recovered professionals can be very helpful to decrease stigma. This is particularly powerful when the professional has been involved with research/clinical work that is based on their personal experience, and they have cultivated a career despite (or rather, because of) their disorder. A recent example is Marsha Linehan, Ph.D., who disclosed that she created dialectal behavior therapy (DBT) in response to her own borderline personality disorder (BPD), which had previously not been properly treated.

The field of eating disorders is relatively new, small, and under-funded compared to other disorders. There is a need for continued research, novel interventions, a next generation of professionals, and fresh perspectives on understanding the symptoms, recovery, and maintenance processes.

Recovered eating disorder professionals are able to contribute to all of these goals, and provide a unique “inside look” as to what it is like to experience the transition from serious illness to well-being.

To learn more about Heather’s inspiring story, check out more of her writing on the National Eating Disorders Association’s website. 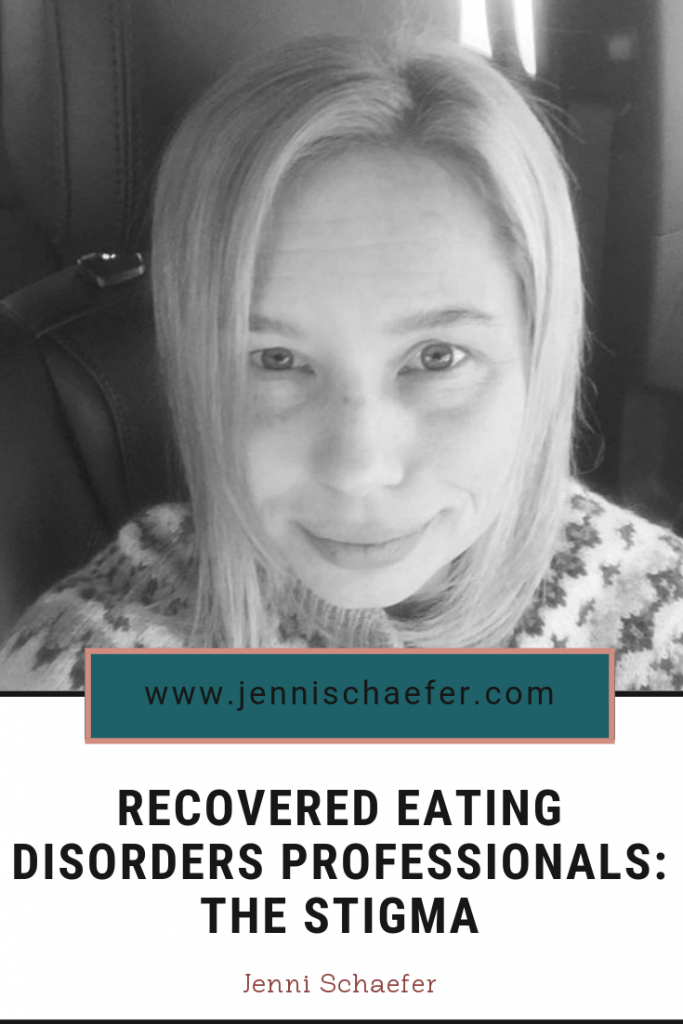