Your Story Can Change the World

When I learned about Benjamin O’Keefe’s work last year, I was beyond inspired. He is living proof how one person can create big change. This National Eating Disorders Awareness Week, I couldn’t think of a better person to highlight on my blog. If you want to share your story and make a difference, I encourage you to read his words below. And remember: change can be made on all different kinds of levels. Maybe you are not ready to share your story just yet, and that’s okay. (You might want to read this article I wrote about deciding whether or not to share.) Even just Tweeting the National Eating Disorders Association’s Helpline, can make a critical difference in someone’s life. This NEDAwareness Week, what are you doing to make change happen? Thanks, Benjamin, for inspiring all of us.

This post is one in a Life Without Ed Birthday Blog Series celebrating both recovery and the Tenth Anniversary Edition of the book, which was just released.
In March, stay tuned for the audio book.

We all have a story, and our story has the power to change someone else’s. Or—if we give it a chance—to even change the world. These words have become a core principle of mine over the past few months. You see, for years, I shared myself in the public eye as an actor and LGBT activist, but there was a part of me that I felt like I couldn’t share with anyone: my struggle with depression, anorexia, and lack of self-esteem. That is, until I had no choice.

In May 2013, I learned about a comment that had been made by the CEO of Abercrombie & Fitch, Mike Jeffries:

I was shocked! As a kid, I remember looking through the ads for Abercrombie & Fitch or combing the racks—and not seeing anything that fit me. As silly as it sounds, it made me feel worthless not to be able to wear the “it” style that everyone else was wearing. When the average American woman wears a size 12, I couldn’t understand how a company that claims to cater to the “all-American kid” only went up to a size 10.

Appalled, I decided to do something about it. I began a change.org petition to get the story out there; little did I know that my campaign against Abercrombie would become known by millions around the world. We created a global narrative of change and acceptance that has affected so many lives.

When I came out with my eating disorder, I did it in front of millions of people on televisions and in newspapers across the globe. It was scary, but it was also empowering! I was terrified that people would judge me and not understand. What I found was that I was not alone. I received over 15,000 emails, and continue to receive emails today from people—young and old—sharing their stories with me. People told me that, by sharing my story, I inspired them to seek help, or share their own story, or tell their loved ones about their struggles, or make their own impact in the world. I cannot tell you how humbling this was to hear. It was amazing to learn that I had made a difference in the lives of others. But also, in thinking that I was just helping others, I found that I was actually helping myself. Sharing my story helped me discover my story.

When I battled my eating disorder, I felt worthless until I discovered a simple fact: your worth isn’t defined by the size of your waist; it’s defined by the size of your heart and the length of your ambition. Any dream is a reality. Our past does not define us, but it can empower us. If we learn from what we’ve experienced, we not only can help ourselves, but we might just be able to change a life in the process. 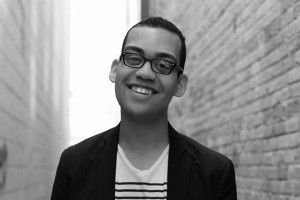